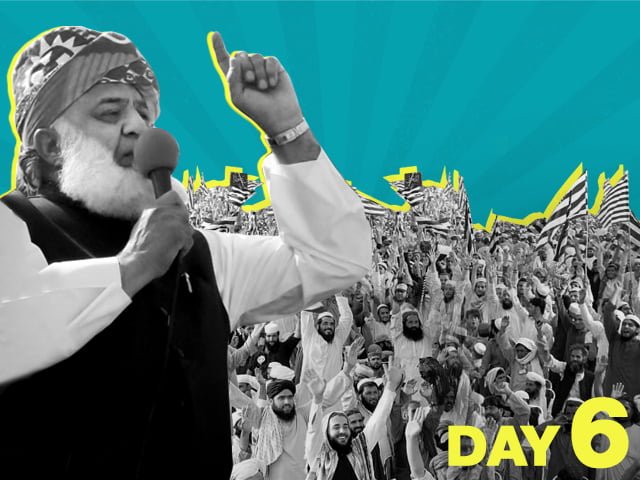 PML-N President Shehbaz Sharif is also there with him. Both are on stage and will address the crowd shortly

As of Friday morning, the marchers were at the H-9 ground

On Friday, Maulana Ghafoor Haideri announced on stage that female journalists should not be stopped from covering the Azadi March. He said there is no ban on women participating in the rally and that women should be treated with respect at the venue. His announcement comes after two female journalists, Shiffa Yousafzai of Hum News and Annie who did not specify which organisation she is from, said they were stopped from covering the march