Islam is a global religion. It gives invitation to all the mankind about peace, rise and global brotherhood. It itself is certification and argument. It does not relate only to any special school of thought or particular department of life that it reaches the standard as well as it cannot be limited to little knowledge and limited thinking. Science has made great progress in 21st century which does not mean that we may check Islam on the s standard of science but is we examine the developments in science, we shall find that science has so far verified that secretes of 1400 years exposed by Islam, with the passage of exposure of secrets, the inclination of the whole word is increasing day by day. At present Quran is considered to be the most readable book of the world which proves that Islam is the global religion, however this fact does not stop the Muslims for further investigation and meditation as the Quran openly invites our attention to further investigation which is of paramount importance.
All revelation sources are sound reality which cannot be changed but man is presently passing through conscious purity and has not became complete wisdom so far so when the human mind advances after breaking the self made restrictions, new areas of light and new angles channels are discovered when revelation facts inform us from the beginning to the end some people who are entangled in learning philosophical problems and think that the wisdom should not be applied ahead the religious and revelation knowledge because it is deceived. I request these people that knowledge is not restricted at any moment but the voice of “Kun Fayaqoon” is still coming and the universe which is yet spreading, is moving away from its centre where as we are discovering new place after every moment. God has granted us wisdom which in seen in the light of knowledge and it is the knowledge which connects us with reality. Therefore by virtue of knowledge we get refreshed which makes us aware of God habit and harmony with expanse of the universe. This way the limited mind is broadened. If we do not admitted modernism and set aside the intellect, why the scientific articles like bulbs take lights, street Air conditions electronic instruments, Air ships, sea ships telephones, Mobiles, Computers which are indispensable for the whole mankind, do we enter in our daily lives?
The great poet says as:
“There Are Numerous Worlds beyond the Stars”
As Allah almighty said in Quran:
No doubt in the creation of the sky and earth and change in days & nights, there are signs for the intellectuals who pray God while standing, sitting as well as think over the creation of heaven & earth and say “O’ Allah you have not created this universe useless. You are sacred save us from the punishment of Hell” (Sure Al Imran)
“It is he who gave expansion to the earth created the mountain and rivers and grew fruits of two kinds each. He puts on the dress of day to the night. There are many signs in it for those who think over it; (Sura Alraad)
“He grants wisdom to him whom he wants and who is granted with wisdom no doubt he gets great blessing. Only the intellectuals accept the advice. (Sura Al Baqra)
The holy book Quran forces us to think over the creation of the Heaven and earth. Due to this we get continuity and rise whereas, there are the stages of the progress of the man. By virtue of this man turns to the everlasting peace happiness and health. Allah has created everything for the mankind, look around and you will see that everything is made for you and will be completing the object of its existence. The fragrance in the flowers and Juice in the fruits is for us. The songs of waterfalls are for we people. The scenes which high and fertile peaks of green mountains present are for us. In short the entire creature has been conquered for us from the very beginning the religions of the world have been teaching us how we would establish relations with others be beneficial and how we have to live in the community; others wise the man passing life in isolation need not to take up such actions. We have to lead life in community in association with others so that a healthy society may be formed and the fruits of life be had otherwise fruits of life for him are meaningless unless he joins other in their works and activities.
Undoubtedly the search& meditation has been the quality of man and on the basis of which the man has achieved great wondering his intellect. On account of it the possibilities are revealed for him and human mind gets the taste of flight. New increase and new discoveries have surpassed the backwards & low consciousness. If the man of past centuries were reborn he would certainly be in a state of uncertainty because in the olden times, to travel the man in the air travel in sea, cover long journey in hours talk & see the man sitting on distant place or talk to a person at a distant place in twinkling of an eye or send him message, is not less than a wonder in any way. The man of today has made so much progress that all the earth has come under his control. The world has now adopted the shape of global village. So much so, the echo of a stone on the one corner of the world is heard at the other corner of the world but our standards of measurements are same as of past century.

Since the advent of man many questions have aroused in the minds of the people of different eras as who is the creator of this universe? How life on the earth commend? What is the aim of life? Whether all these matters are pre-planned or all the process is running automatically? The people of all ages are excited to know the creator of the universe (Here a principle that if any person is not capable of finding solution to any problem he should check the problem on different angles which means that he should consider all the possibilities) Very often the struggle to find the solution of any problem is very easy. Hence adopting there lines has created understanding in the people in soliciting the matters of life. To understand, who is the creator of this universe people have started research about the creation of universe various methods were adopted to find out the secrets of the universe.
One group of the people has started the study of the universe accepting it its center for the exposure of the secrets of the universe. Consequently, they not only recognized the laws and heavenly bodies but also invented very useful machinery electronic equipment and other different inventions. Due to this research science has made great progress and constant and UN unlimited series of new inventions started so it began to disclose the secrets of physical and biological laws of universe with constant research in this field. The advancement in science and technology is the result of great effort and research of those people who studied the nature vividly. This research is in progress to conquer the nature.

In the older times the people deemed that this world is composed of 4 elements i.e., earth, water, fire and Air. Then scientific invention started and many secrets were experienced and it was concluded that this universe, was the composition of 108 elements, after the study of complication of 108 elements if was derived that all the elements are composed of an atom and the difference among these elements is of the arrangement of electrons. Later research proved that the atom is not the basic particle but electron is the only particle which is the basic of the entire universe. However discovery of the electron rises to the problem. Although electron is basic particle but it could prove the characteristic of particle as it was movable and static at the same time, sometimes it played the role of particle and sometimes of a wave. It became complicated matter as how the electron is to be defined. As such a new thing appeared which showed that electron contained dual qualities like it showed the quality of particles of wave and sometimes it showed the quality of particle. When more research was done it appeared that the electron was merely an energy particle. It is the quality of the energy which converts it into matter. The famous scientist Albert Einstein’s equation E = MC2 proves the process of matter and energy. All the research so far conducted have successfully reviewed that bright energy is actively in process when every thing occupies the specified space and then can change into energy.

This was all said in respect of the people who discovered the universe and found out some information and put us in the new field of existence. It was the thinking of these people that if there is any creator of universe there must be any creator of their bodies. Therefore, they are also part of the creation. They converted their attention from the universe to their self and tried hard to discover the self or ego. So along with the study of nature they tool interest in the study of self consciousness. They carried many experiment on self to find reality. This way experiments were conducted on the software means mind but not upon his body.

So they made the entire of investigation to their self and started discovery of their body and self and turned their attention to consciousness as a result of that they discover many methods of diffusion so that they may find that unit of their inner which connects them with the universal reality. This struggle strengthened the knowledge of meditation. All the methods which appear in the meditation arose, involvement of which becomes the basis of every religion. The modernism and different type of methods which appears in the meditation are the achievements of those people who selected their self for investigation. Consequent upon the different states of investigation of meditation the people felt that in all this global system the diffusion of conscious energy and associated relation is on the peak. In the deep states of meditation energy individual is associated with self and it is achieved that the interference of energy in this system of universe has no value but it is supreme consciousness which is different in the universe. In the meditation and science there exist much possibilities energy thins of nature is nothing except supreme consciousness. It is Allah who is omnipresent. Relationship with the self forces us to recognize our Allah.

To understand the difference among modernism Catholicism I may say that modernism is a natural process and it is cause of breaking the inertia of evolutionally process whereas modernity and catholic modernism do not mix up with natural process. 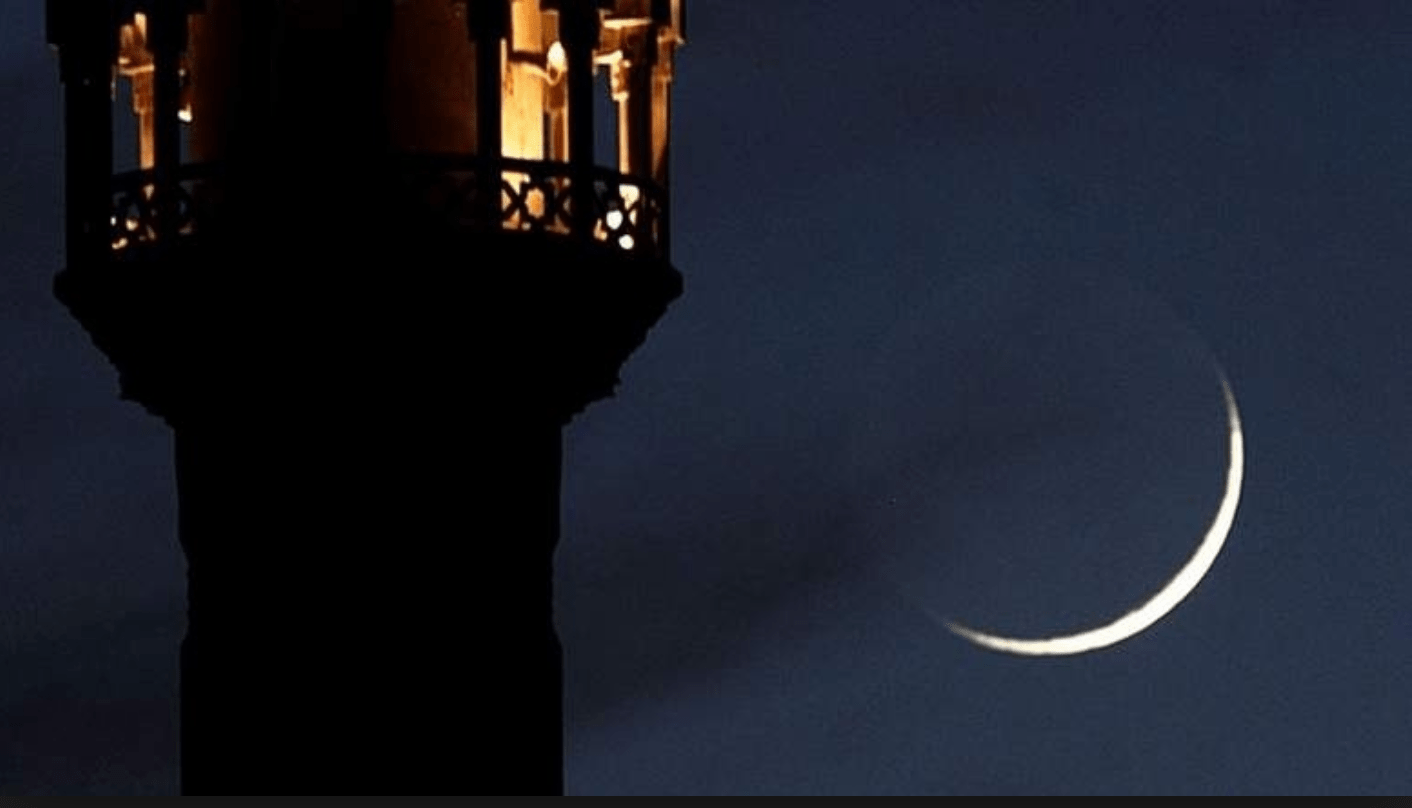