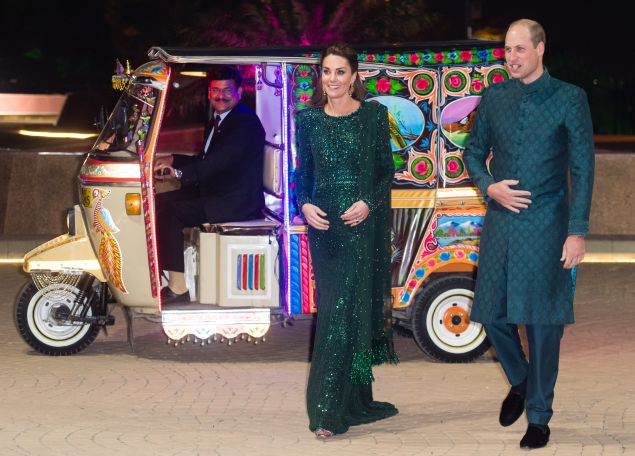 Britain’s Duke and Duchess of Cambridge, Prince William and Kate Middleton, made a unique and a traditional entry in a specially painted rickshaw for their reception at Pakistan Monument on Tuesday night, which was attended by many Pakistani celebrities and politicians

The event, hosted by the British High Commissioner to Pakistan Thomas Drew, was a starry affair with many big names from Pakistan’s entertainment industry, who welcomed the Duke and Duchess of Cambridge

William was seen wearing a traditional attire for the first time since his arrival. He donned a teal sherwani by Nauman Arfeen of Naushemian while Kate wore a green embellished Jenny Packham gown