Hollywood mega-star Arnold Schwarzenegger has denied all the rumors that he will make a trip to India in November, and termed the rumours as “fake news”

According to an international news agency, over the past couple of weeks, a lot of media outlets have been reporting that Arnold, who is also a former professional body builder, is expected to arrive in India next month to attend a fitness contest in Maharashtra 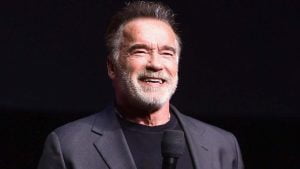 “I am not coming to India this year. It’s fake news. I don’t have time right now. I always love to come to India. Whenever I get the time, I will pay a visit for sure,” Arnold said, while interacting with IANS and other media personnel

The 72-year-old is all set to return on the big screen in the upcoming Terminator: Dark Fate, sixth installment in the sci-fi action thriller franchise. He reunites with filmmaker James Cameron and actor Linda Hamilton after 28 years in the film