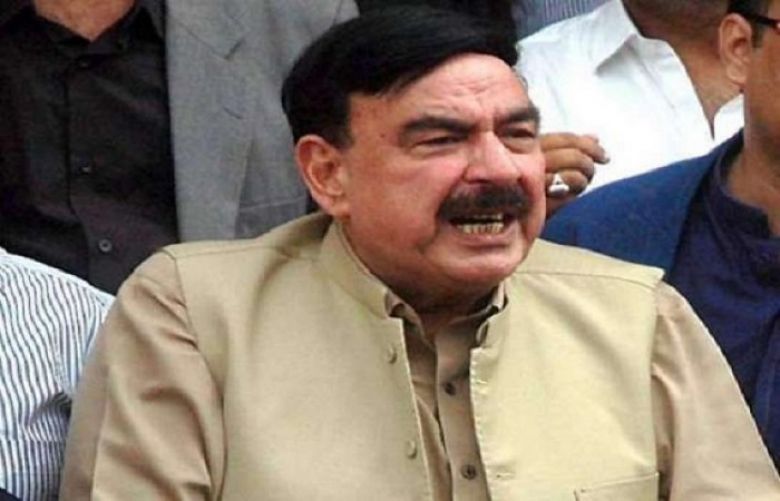 Federal Minister for Railways, Sheikh Rasheed Ahmed ordered an inquiry into the incident to determine the root cause along with details of the officers that allowed gas cylinders on board the train.

The minister has demanded the preliminary inquiry report within 24 hours.

Sheikh Rasheed expressed tremendous grief and sorrow on the harrowing incident and condoled those whose loved ones have died or are injured due to the fact.

The Minister also requested individuals traveling via trains to not cook over live flames or carry possible flammable substances during travel to safeguard themselves from such tragedies.

He also informed that the train track would be cleared for commute within two hours, the Tableeghi Jamaat members were headed for a religious gathering in Rawalpindi and were trying to cook something over a gas cylinder when a possible leakage resulted in catastrophe.

10 fire extinguishing vehicles of rescue 1122 are participating in the efforts to kill the flame.

Forty six people reportedly dead and forty others injured when fire engulfed three bogies of Tezgam Express due to a cylinder explosion at Liaquatpur in Rahim Yar Khan earlier in the morning.

The injured are being shifted to nearby hospitals while rescue teams are busy in extinguishing the fire.

The train was on its way from Karachi to Rawalpindi when the unfortunate occurrence took place.

The people who brought the gas cylinder on board are being said to be from the Tableeghi Jamaat.

Escalation in number of deaths and those that sustained injuries is feared.