Prime Minister Imran Khan has once again noted that regional peace is facing serious threats due to the Indian government’s policies based on RSS-ideology. Academics and experts believe that India’s socio-political transformation from a secular state to a fascist Hindu regime is a threat to the entire region where law and order situation is already deteriorating.

The Prime Minister was speaking to a delegation of students from Business Administration Department of Virginia University, who were currently on a visit to Pakistan to have first-hand information about the potential of business and tourism in the country, he said that the oppressive policies of the Indian government had endangered the identity of Indians themselves.

ISLAMABAD: Prime Minister Imran Khan on Monday said that regional peace is facing serious threats due to the Indian government s policies based on RSS-ideology. Talking to a delegation of students…

PM Imran added that the Modi government’s policies had endangered the identity and existence of 500 million minorities living in India.

India is home to more than one billion population where there are different cultures, sub-cultures, religions, and languages. There are 29 states and 7 unions in India. Initially, at the time of independence, it had 17 provinces. To manage ethnic diversity, India opted for federalism and the formation of provinces on a lingual basis. Secularism has always been a defining feature of the Indian polity.

But since Anish Kapoor, a sculptor, wrote an insightful piece back in 2015 when Modi was first elected to power. He maintained that the social cohesion of India would soon be challenged since there was going to be a Hindu Nation with an imaginative glorious past.

India is being ruled by a Hindu Taliban | Anish Kapoor | Opinion | The Guardian https://www.theguardian.com/commentisfree/2015/nov/12/india-hindu-taliban-narendra-modi …

India is being ruled by a Hindu Taliban | Anish Kapoor

Narendra Modi is clamping down on tolerance and freedom of expression. In Britain we have a responsibility to speak out against it

Hence, the BJP is, if anything, a revivalist Hindu nationalist party following a fascist political ideology to implement a religiously dominated idea of Hindu culture. “The country’s openness to social and religious minorities (more than 500 million people) and regional differences is at serious risk. Of late, Modi’s regime has effectively tolerated – if not encouraged – a saffron-clad army of Hindu activists who monitor and violently discipline those suspected of eating beef, disobeying caste rules or betraying the “Hindu nation”, wrote Kapoor.

Arundhati Roy, the author of The God of Small Things, recently spoke about the danger of assimilation policy. She wrote an opinion piece in The New York Times earlier this year titled “The Silence is the Loudest Sound”. She wrote, “While Partition and the horrifying violence that it caused is a deep, unhealed wound in the memory of the subcontinent, the violence of those times, as well as in the years since, in India and Pakistan, has as much to do with assimilation as it does with partition. … What’s unfolding today on both sides of the border of the erstwhile state of Jammu and Kashmir is the unfinished business of assimilation.”

The Silence is the Loudest Sound: Echoes of fascism in the #Kashmir Valley 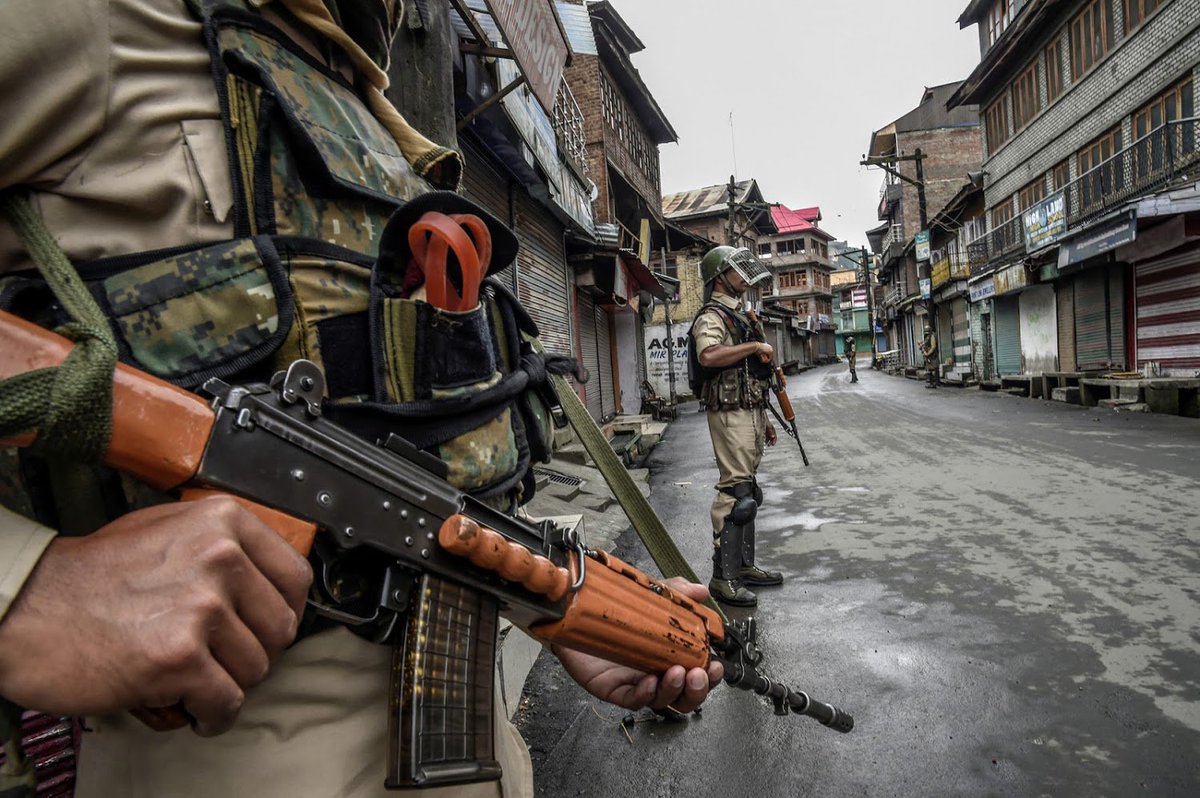 150 days of night in Kashmir

The prime minister also condemned the imposition of curfew in the Indian Occupied Jammu and Kashmir (IOJ&K), which had continued for the last over 150 days and said that the Indian government’s brutalities had exposed the Indian democratic claims.

During the interactive meeting, matters relating to challenges faced by the country, reforms agenda of the present government, positive aspects of Pakistani society, the existing potential of the country in diverse sectors, economic challenges facing the country and the future strategy, were discussed.

Imran Khan said that Pakistan was bestowed by Allah Almighty with abundant resources, adding, unfortunately, development process in-country got stagnant due to corruption and neglect of human resource promotion by previous governments.

He said that Pakistan was the fastest developing country in South Asia in the decade of the 1960s, but the political philosophies of the decades of 1970s and 1980s not only led to blocking of industrial development but also the inclusion of money and corruption in the politics.

PM Imran said that he, by keeping in view the loot and plunder and corruption in the society and the plight of common man, stepped into politics and his party succeeded in defeating the country’s two major political parties after 22 years of political struggle. The premier said he was fighting against the mafia which had been creating hurdles in the way of country’s progress.

It is yet to be seen how the world and international civil society react to the rise of religious extremism and gross violation of human rights taking place in India. Sir Anish Kapoor fairly urged the liberals living outside India that “In Britain, we have a responsibility to speak out against it”. Pakistani PM has informed the International community of the dangerous situation that is brewing up in the region. He said that if the international community does not step in to solve this grave issue, the world would have to experience negative repercussions.

150 days of night in KashmirAnish KapoorImran Khan vows to protect Pakistan against Modi sponsored extremismIndia is being ruled by a Hindu TalibanThe Silence is the Loudest Sound: Echoes of fascism in the #Kashmir Valley
12
Share FacebookTwitterGoogle+ReddItWhatsAppPinterestEmail
You might also like More from author
تازہ خبریں