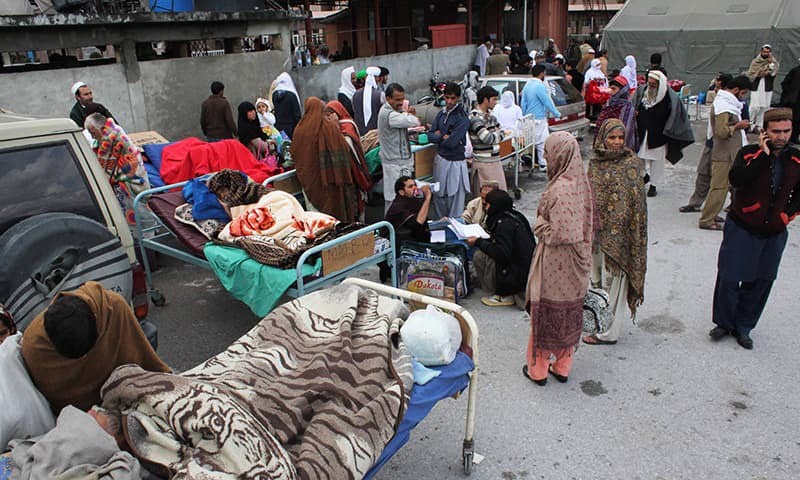 ISLAMABAD: At least one person died and 50 were injured after a  5.8 magnitude earthquake shook Punjab, Khyber Pakhtunkhwa and the federal capital on Tuesday.

Citing sources, the TV channel reported that the earthquake sent people of affected areas scurrying into the streets.

Geo News reported that the quake struck at the shallow depth of   10 kilometres with the epicentre lying 1km south-east of New Mirpur in Azad Jammu and Kashmir, according to the USGS.

Reports revealed that the earthquake has led to several houses and buildings in Mirpur getting damaged with multiple cars also falling into deep cracks on the streets that appeared after the jolts.