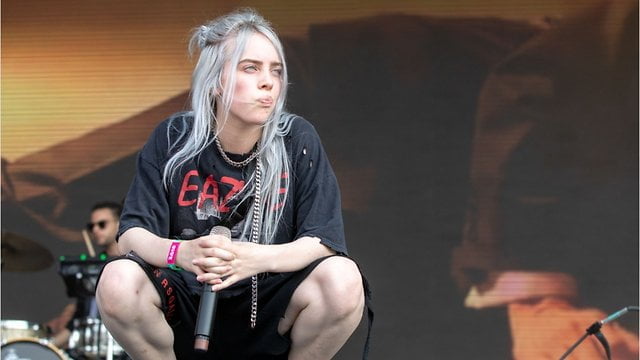 How the anti-star became a superstar

Five years after the release of her first track "Ocean Eyes,” Billie Eilish is more successful than ever. Now she’s writing the title song to the latest James Bond movie. What is behind the Billie Eilish phenomenon? Despite her anti-star image, she’s a superstar reaching so many people with her music. What’s her secret?

Her lyrics are smart and reflective, sometimes dark and abysmal. Her beats get your feet moving and are hard to get out of your head. Her videos are disturbing and at the same time aesthetically appealing. Her attitude is both very direct and unusual.

When she made her debut with her album When We All Fall Asleep, Where Do We Go? in March 2019, it climbed straight to number one in the US charts. But on social media, she had already long been celebrated as a star.

She released her first song on SoundCloud in autumn 2015. Finneas O’Connor, Eilish’s four-year-older brother, helped the then not quite 14-year-old to record "Ocean Eyes” — a love ballad, but also a song about burning cities under a napalm sky — in her bedroom at home.

The two kids come from an artistic family and were home-schooled with plenty of room for creativity. Eilish, whose full name is Billie Eilish Pirate Baird O’Connell, wrote her first songs at the age of 11. She also took photographs, shot videos and did drawings — often of her nightmares.

"Ocean Eyes” became a SoundCloud hit, catching the attention of Interscope Records, who signed Eilish. Finneas was also brought on board and since then has appeared on all their releases as producer and co-songwriter. In 2016, the video followed, and it was a huge YouTube hit.

With her intense clip — Billie looking directly into the viewer’s eyes almost the entire time, with only occasional wafts of mist clouding the view — she hit the nerve of her time and her generation. Queer kids had long had enough of the glossy stars of the day, choosing instead to celebrate Eilish’s anti-star approach, without all the glamour and perfect styling.

It’s not surprising, then, that she’s also found her unique voice on Instagram too. Billie Eilish stands out in the pop alternative cosmos, or whatever you want to call it. And not only because of her colorful outfits. Flashes of vulnerability are visible in her appearance, and it doesn’t feel like it’s just a calculated style. Billie Eilish at the Lollapalooza Festival in Berlin

In our standardized society, people of all ages feel like outsiders, which is why Eilish’s fanbase keeps growing. And now even fans of the venerable James Bond franchise will get a taste of her refreshing weirdness.