In this video image taken from Japan’s NHK TV, ships and boats are washed ashore in Hachinohe, Aomori prefectur, Japan, following a masive earthquake. A magnitude 8.9 quake slammed Japan’s northeastern coast Friday, unleashing a four-metre tsunami that swept boats, cars, buildings and tons of debris miles inland. Fires triggered by the quake burned out of control up and down the coast. (NHK TV Associated Press)

Related LinksA magnitude 8.9 earthquake slammed Japan’s northeastern coast Friday, unleashing a four-metre tsunami that swept boats, cars, buildings and tons of debris miles inland. Fires triggered by the quake burned out of control up and down the coast.

The biggest quake the country has experienced in 140 years has claimed at least 15 lives, according to a local news report..

At least one person was killed and there were reports of several injuries in Tokyo, where buildings shook violently through the main quake and the wave of massive aftershocks that followed.

‘This is a rare major quake, and damages could quickly rise by the minute.’—Junichi Sawada, disaster management official

TV footage showed waves of muddy waters sweeping over farmland near the city of Sendai, carrying buildings, some on fire, inland as cars attempted to drive away.

"This is a rare major quake, and damages could quickly rise by the minute,” said Junichi Sawada, an official with Japan’s Fire and Disaster Management Agency.

An office building burns in Tokyo after an earthquake Friday. Kyodo/Reuters Officials were trying to assess damage, injuries and deaths but had no immediate details. Police said at least one person was killed in a house collapse in Ibaraki prefecture, just northeast of Tokyo.

A large fire erupted at the Cosmo oil refinery in Ichihara city in Chiba prefecture near Tokyo and was burning out of control.

Public broadcaster NHK showed footage of a large ship being swept away by the tsunami and ramming directly into a breakwater in Kesennuma city in Miyagi prefecture. Similar destruction was seen in dozens of communities along the coast.

In various locations along the coast, footage showed massive damage from the tsunami, with cars, boats and even buildings being carried along by waters.

The quake struck at 2:46 p.m. local time and was followed by five powerful aftershocks within about an hour, the strongest measuring 7.1. The U.S. Geological Survey upgraded the strength of the first quake to a magnitude 8.9, while Japan’s meteorological agency measured it at 8.4.

The meteorological agency issued a tsunami warning for the entire Pacific coast of Japan. NHK was warning those near the coast to get to safer ground.

The Pacific Tsunami Warning Center in Hawaii said a tsunami warning was in effect for Japan, Russia, Marcus Island and the Northern Marianas. A tsunami watch has been issued for Guam, Taiwan, the Philippines, Indonesia and the U.S. state of Hawaii.

The quake struck at a depth of 10 kilometres, about 125 kilometres off the eastern coast, the agency said.

The area is 380 kilometres northeast of Tokyo. Rescue workers help people on the streets of Tokyo’s financial district. There were several strong aftershocks and a warning of a larger tsunami following the earthquake, which caused buildings to shake violently in the capital. Kim Kyung-Hoon/ReutersIn downtown Tokyo, large buildings shook violently and workers poured into the street for safety. TV footage showed a large building on fire and bellowing smoke in the Odaiba district of Tokyo.

In central Tokyo, trains were stopped and passengers walked along the tracks to platforms. NHK said more than four million buildings without power in Tokyo and its suburbs.

The ceiling in Kudan Kaikan, a large hall in Tokyo, collapsed, injuring an unknown number of people, NHK said.

Osamu Akiya, 46, was working in Tokyo at his office in a trading company when the quake hit.

It sent bookshelves and computers crashing to the floor, and cracks appeared in the walls.

"I’ve been through many earthquakes, but I’ve never felt anything like this,” he said. "I don’t know if we’ll be able to get home tonight.”

Footage on NHK from their Sendai office showed employees stumbling around and books and papers crashing from desks. It also showed a glass shelter at a bus stop in Tokyo completely smashed by the quake and a weeping woman nearby being comforted by another woman.

Several quakes had hit the same region in recent days, including a 7.3 magnitude one on Wednesday.

Thirty minutes after the quake, tall buildings were still swaying in Tokyo and mobile phone networks were not working. Japan’s Coast Guard has set up a task force and officials are standing by for emergency contingencies, Coast Guard official Yosuke Oi said.

"I’m afraid we’ll soon find out about damages, since the quake was so strong,” he said.

The tsunami roared over embankments in Sendai city, washing cars, houses and farm equipment inland before reversing directions and carrying them out to sea. Flames shot from some of the houses, probably because of burst gas pipes.

In Tokyo, hundreds of people were evacuated from Shinjuku station, the world’s busiest, to a nearby park. Trains were halted. Workers in the Toyko bureau of Associated Press take cover under a couple of desks after the building they were in started to shake. Associated PressTokyo’s main airport was closed. A large section of the ceiling at the one-year-old airport at Ibaraki, about 80 kilometres northeast of Tokyo, fell to the floor with a powerful crash.

TV announcers urged viewers near the shore to move to strong concrete buildings and stay above the third floor.

Japan’s Fire and Disaster Management Agency said they were still assessing damage but had not confirmed any deaths.

One person was injured at a baseball stadium in Sendai, but his condition was not immediately known.

Dozens of fires were reported in northern prefectures of Fukushima, Sendai, Iwate and Ibaraki. Houses collapsing and landslides were also reported in Miyagi. 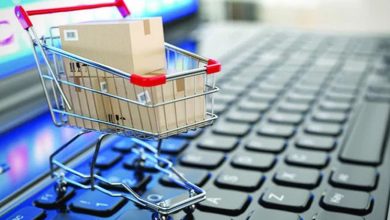 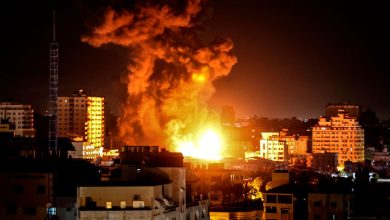 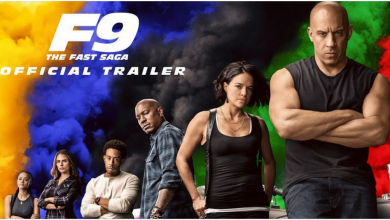